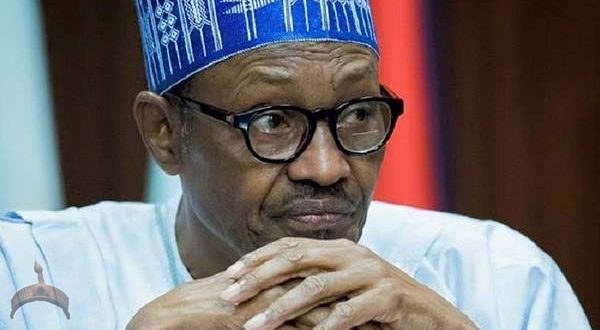 Call For Restructuring Based On Selfish Interest ― Pres. Buhari

Posted by: Lolade in Politics Comments Off on Call For Restructuring Based On Selfish Interest ― Pres. Buhari

PRESIDENT Muhammadu Buhari on Monday observed that those clamouring for the restructuring of the country do so for selfish motives but expressed the hope that the diverse agenda can be accommodated by the constitution.

He made the observation while receiving some traditional rulers under Urhobo Progressive Union (UPU) and members of the All Progressive Congress (APC) from Urhobo land at the presidential villa, Abuja on Monday.

He was responding to the call by the group to consider the call for restructuring.

The president said: “You mentioned something which is typical these days, the cause of restructuring Nigeria. For every group asking for restructuring has got their own agenda and I hope it can be accommodated by the constitution.

“I assure you that you are not forgotten and I am pleased you appreciate the appointments by this administration of some citizens of your kingdoms.

Responding to a request for the presidency to also address oil spillage in the region, Buhari blamed the people of the area for what he said was their contribution to the degradation of the region through sabotage.

He, therefore, urged them to give the present administration the chance just as, according to him, gave the previous governments the chance.

Buhari said: “I plead with you leaders of these communities that your resources have been sustaining this country throughout these years for restraint of control so that the cooperation you gave to the previous administrations will be extended to this administration so that the country can realize the resources which are mainly under your seat.

“Some of your citizens there are responsible and they hurt, more of your people that have access to employment, either lack of education, you know as much as I do that it is the people that suffer from oil pollution, like those engaged in fishing.

“If the water is polluted, it is the majority of the people that will suffer.

“Those making noise in the media because they somehow have access and because they are outside the country, but those of us who are stuck here we are left to convince the people to show respect.”

The President General of UPU had also observed that part of the things that will guarantee a second tenure for Buhari is to appoint an Urhobo son or daughter as substantive Minister in the current administration.

Taiga requested the president to look into issues bedevilling the region, especially the resuscitation of Sapele port, boundary crisis between the Urhobos and Edo communities, federal presence like the establishment of gas plants, adequate funding of Federal University of Petroleum Resources and neglect by oil companies who daily exploit the land without commensurate compensation.

He said: “We wish to commend the initiative by the ruling All Progressives Congress (APC) to give serious thought to restructuring our country and going as far as setting up a committee under a serving governor to take a critical look at it and make recommendations on the way forward.

“We humbly request Mr. President to give kind consideration to appointing an Urhobo son or daughter as a Minister in this administration. We will be grateful if this request is kindly granted.

“The Sapele port which was once a bustling economic hub in the old Midwestern region has unfortunately gone comatose for a long time. It is presently used as a naval facility with only a small part of it serving the Navy’s needs.

“We, therefore, request the federal government to reactivate and make the port functional. This will help to decongest the Lagos ports and boost the economy of Delta and neighbouring states.”

His prevention from attending the meeting with the president may not be unconnected with the violence that broke out during the APC national convention at Eagle Square, Abuja on Saturday.

His loyalists and other Delta delegates loyal to the camp of Chief Great Ogboru and Senator Ovie Omo-Agege disrupted the president’s address when they engaged in a free for all fight.