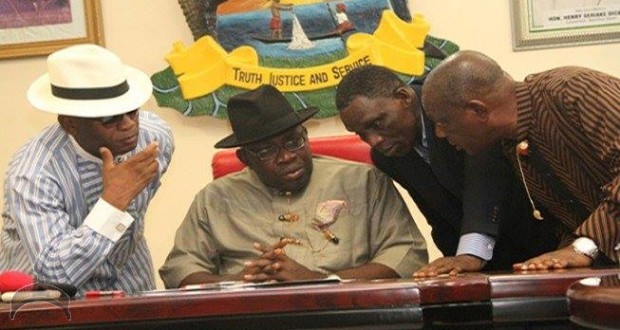 The Bayelsa state government has appealed to the government to disburse the N1.3 billion bailout fund that it applied for. John Jonah, delegate legislative leader of the state, made the appeal on Tuesday while initiating three advisory groups to exhort government in taking care of issues identifying with pension, civil service and local government. Jonah asked why the cash was being postponed and no clarification had been given notwithstanding the way that the solicitation of Bayelsa was the slightest among every one of the states that have looked for such help from the federal government.

Seriake Dickson, legislative head of the state, likewise engaged the national government to release the facility. Dickson, who talked in an announcement issued for his behalf by Daniel Iworiso-Markson, his chief press secretary, said giving the solicitation would make Bayelsa clear the build-up of salaries of local government specialists in the state. The announcement said revenues accruing to the state are no more sufficient to increase salaries, including that if discharged, the fund will help to ease the situation of local government laborers.