Chinese Man proposes to his GF with 99 iPhones –

Posted by: admin in Foreign, Naija Gist Comments Off on Chinese Man proposes to his GF with 99 iPhones –

This man has 99 Iphones, and his girlfriend is one! You observe that love shape on the floor? They’re all brand-new iPhones 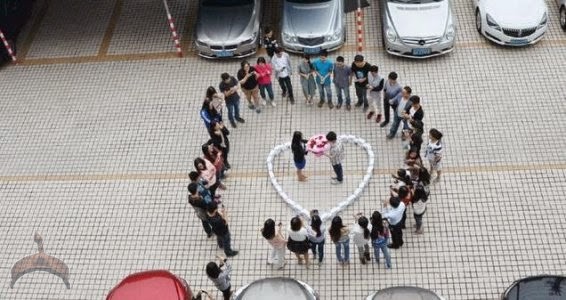 Based on Chinese online news site, Kotaku, a love-struck man in the Guangzhou district in China made a decision to propose to his girlfriend in the center of a constructed 99 brand-new iPhones he bought for the special day and invited several friends to witness the event. And do you know what happened? The girlfriend refused the proposal.

Previous: Check out the 6-pack on Selebobo
Next: Check out Nicki Minaj’s 8 outfits @EMAs?

Video: Chinese Man Speaks Pigin in an argument with a Nigerian

I love this woman’s boldness. Why did he push a woman? No respect for a woman. He got want he wanted. Chinese Pidgin hahaha