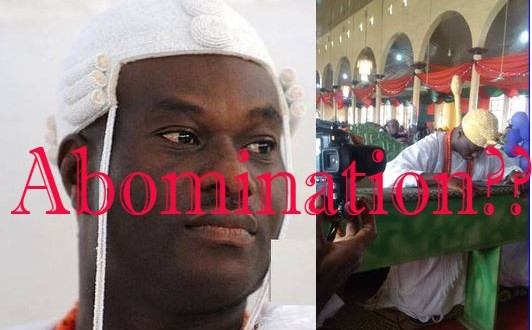 The Ooni of Ife Regarded as “Igbakeji Orisa”, disowns Orunmila, other Irunmoles (An Abomination ?)

According to Punch Publication, the new Ooni of Ife said, “I have no regrets whatsoever for kneeling down to exalt the almighty God who did not only create me, but also kept me alive, saw me through all the storms in my, life-journey and eventually crowned me as the custodian of Oodua race.”

Olodumare/Eledumare created heavens and Earth, sent Orunmila to creat Ile Ife (The Earth). The first Ooni of Ife and the rest were regarded as “Igbakeji Orisa“, the custodian of all Irunmoles and Oodua race according to Yoruba Mythology.

Lets break it down.

Irunmoles/Orisas are depicted by the western civilization with small letter g (Lesser god to theirs, mainly Jesus). Just to make sure it’s not in the same line with their God. Jesus! The same way you will never hear them assign or use the word Chief to address any of their Kings or Queens but would rush to do that with African Kings.

“So please take note here that an Irunmole/Orisa is in the same position as God. In Yoruba Civilization, Irunmoleis a messenger of Olodumare. He has direct link to the creator of heavens and earth (Olodumare is most high GOD) and the first Irunmole / God that created  Ile Ife (The Earth) is Orunmila and he brought Ifa  as guidance from the most high Olodumare (GOD) of heavens and Earth.

Now what  does the New Ooni of Ife mean when he said, “he’s the Custodian of Oodua race but not of Irunmoles/Gods/Orisas ?

Some would argue that  Real Yoruba Oba (king) doesn’t attend church just like King of Saudi Arabia and Emperor of Japan will never worship at any other place than Mosques and Temples respectively.

Queen of England is the head of Anglican church worldwide.  Ooni of Ife is the second  in command of all Olorisas worldwide and is regarded as Orisa himself whenever he puts on his Ade Ori (Crown).

Some also said, “there’s is no reason for Ooni to worship at any other place than the Shrines and Temples of Obatala, Oduduwa, Ogun, Orunmila and other numerous Irunmoles that descended at Oke-Ora, Ile-Ife.

“There should be no compromise on the part of the newly elect Ooni, the ADIMULA, the savior of the Yoruba race to attend any church or mosque. He must not compromise his mandate unless his dynasty has been conquered by the Queen, the head of the Anglican church.”

Is it an Abormination to be leader of Oodua race but not be the second in command of all the Inrumoles in Yoruba Mythology ? 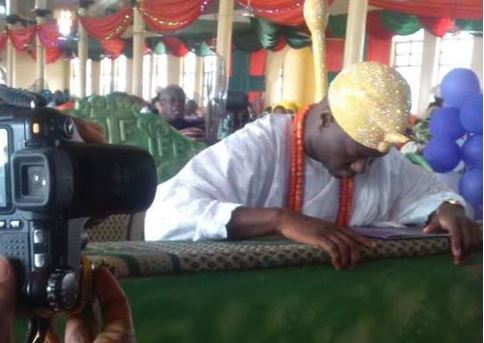 Previous: “I’m the custodian of Oodua race but not of all the Irunmoles (Gods) in Yoruba land” – Ooni, After bowing to Jesus
Next: What Is The Position of Ooni among Okanbi’s children? Is Ooni a King? 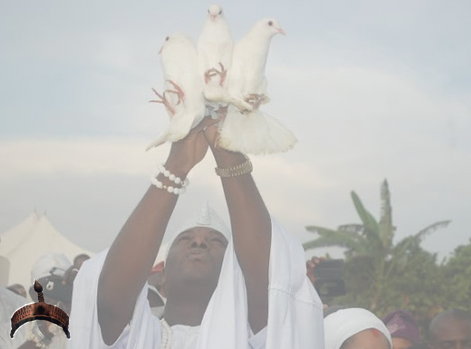