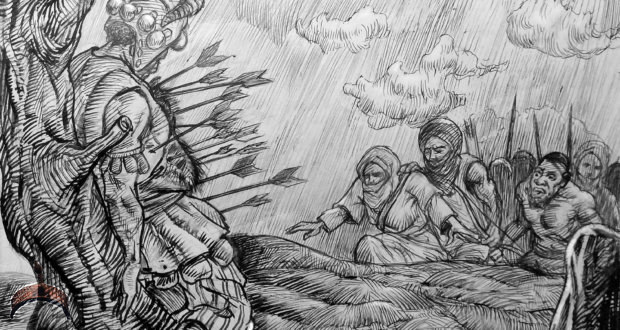 After several attempts to sway Afonja into unnecessary conflict, Alaafin Aole gave orders to Afonja who was stationed at Ilorin, He ordered Iwere Ile attacked when he knew to the Aare Ona Kakanfo by tradition was a forbidden territory to attack. He also ordered Apomu to be attacked when he knew Apomu was an Ife outpost and all Alaafin as part of their inauguration rites must agree never to attack Ife, the representation and continuation of Ife Ooyelagbo, the first Earth civilization after Ife Oodaye was destroyed, yet he ordered those places attacked for a reason that he was once humiliated as a youth there. This inadvertently brought the conflict between Aole and Afonja because Afonja discovered that Aole attempted to force him to do the abominable. This conflict later developed into a full confrontation as Afonja, the head of the imperial Oyo Army garnered the support of Onikoyi, head of Royal Guards, the Bashorun, head of the Oyomesi, surrounded the capital to remove Aole from power. Alaafin Aole was frustrated, disappointed and in the melee decided to end it all by cursing Oyo township, brought out arrows, shot the arrows to the four cardinal points of the world, and then committed suicide.

The Aare Ona Kakanfo being a constitutional power broker with territory under his control employed Sheu Alimi a Fulani Islamic preacher who was versed in military tactics to work for him to fortify his army. Afonja dispersed a large portion of his army and replaced them with the immigrant Alfa Alimi and his followers.

After the war, Alimi became a teacher to Afonja’s children as the latter wanted his offsprings to learn the secret of Alimi’s power.

Alimi who had other motives of spreading Islam into the Yoruba territory betrayed Afonja for that reason and turned the army against him. It became a civil war during which the Aare Ona Kakanfo Afonja was killed and burnt in the market square. Afonja succumbed under a barrage of hundreds of arrows sticking on his body but was observed at a distance by Alimi’s army, knowing the enormity of his powers. They walked closer stealthily then tipped him over to confirm his death.

When both died, Alimi’s son, Abdulsalami, inherited his father’s duty of teaching Afonja’s children., when the idea of appointing somebody to head the village came, the eldest child of Afonja wanted to have the position but met opposition from Abdulsalami who had military support from his fellow Fulani kinsmen. Abdulsalami ultimately became the ruler of what is now called Ilorin around 1831. 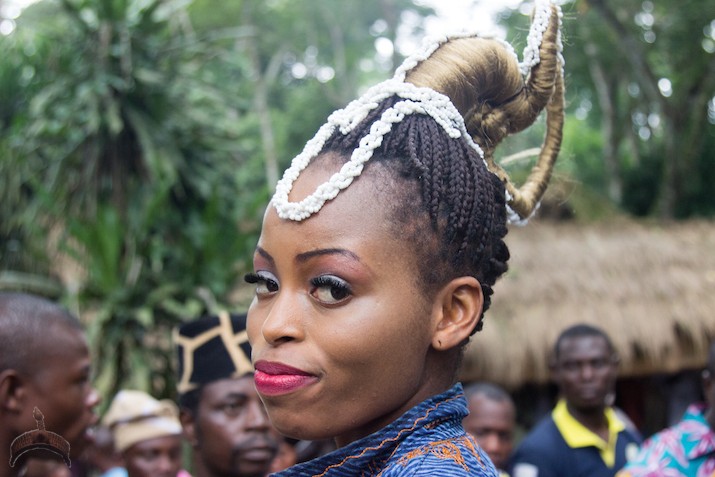 Yorùbá is just too sweet and interesting.

Yorùbá!!! Ogún = 20 Ògùn= Charm Ogun= War Ogún= Inheritance Òógùn= Sweat Ógùnn= long Ógúunn= To stab Ógùún= To climb I wonder why our parents chose English language over this beautiful language. Are you one of those parents that regarded Yorùbá language as vanacular? Which language are you speaking to your children at home? Popoola Owomide Ifagbenusola