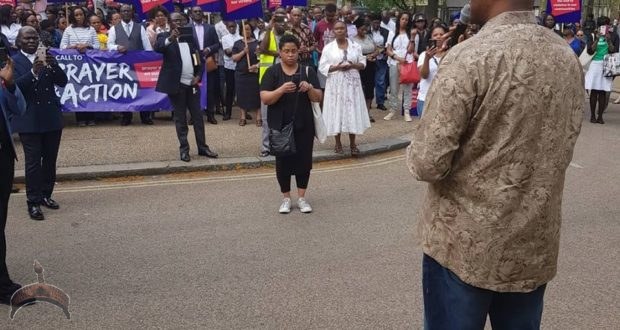 Posted by: Lolade in Breaking News, Metro life Comments Off on Nigerians head to the streets In London Over The Alarming Rate Of Youth Killings

Following a increasing spate of youth killings and stabbings in London, some Nigerians held a peaceful protest on the streets of Tottenham. The protest that was led by Agu Irukwu, a senior pastor at Jesus House – was held following a prayer was conducted for the London city against bloodshed.

Stabbings are on the rise as new figures show a rise in violent crime throughout the UK. In accordance with reports, with the most recent stabbing taking this year’s tally of these killed in violent crime to 62.

At the least 36 people have now been fatally stabbed – and 62 overall killed including Nigerians – in London since the start of the year.  Four teenagers were stabbed to death in London on New Year’s Eve alone, and 22 were killed in March – meaning the capital now includes a higher murder rate than New York.

A shocking nights violence took put on February 20, 2018, with six people reportedly stabbed in North London. Report has it that stabbings in London are in their highest level in six years, with a 23 per cent rise from the last year. 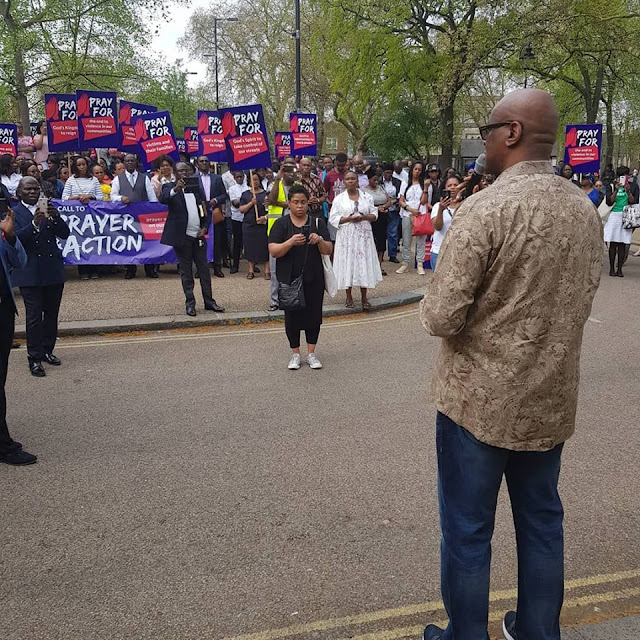 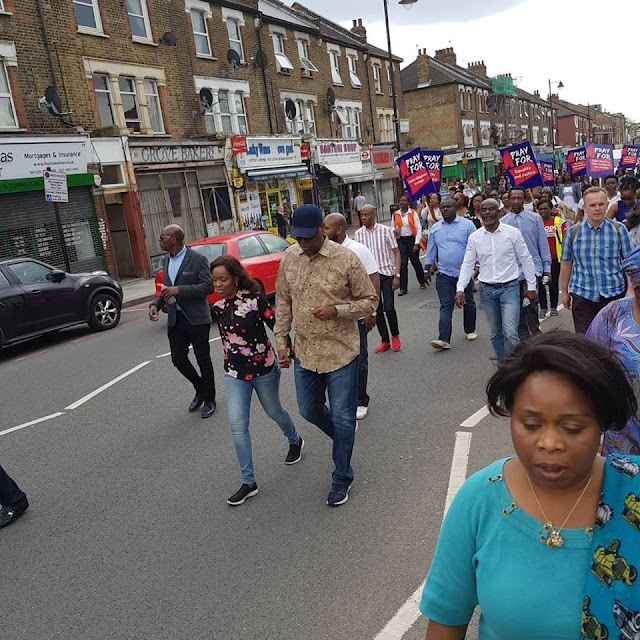 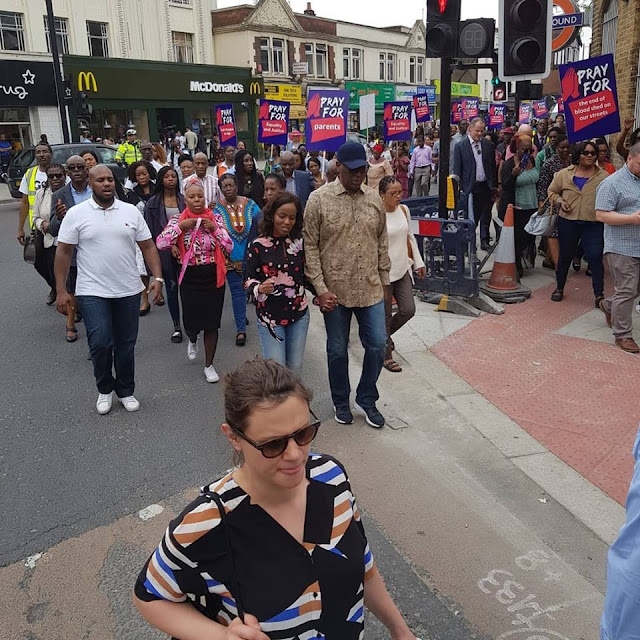 Previous: Miracle Wins Big Brother Naija 2018, other Top guns in the Industry react.
Next: If I had my way, I would ban BBNaija Show – Charly Boy