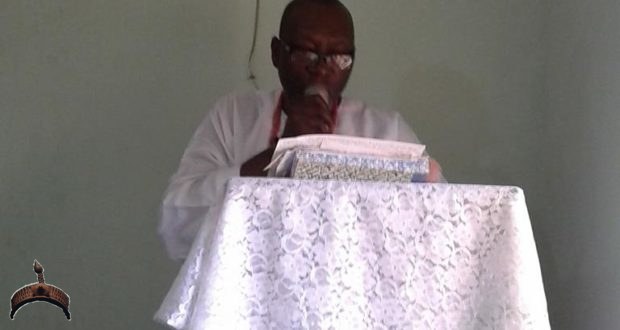 My divine message (Oro isiti) at our House of Worship, Indigene Faith of Africa (Ijo Orunmila Ato) Inc on Saturday 29th September 2018 was taken from “Ogunda Fun” summarized below :-

Theme – The authority on the days a person will live on earth is with God. Any human who tries to change the will of God is awaiting destruction.

Ifa had foreseen the arrival of 3 proficient Babalawo for a woman named, “Oja”, who was barren. After complying with the directive to offer sacrifice, she eventually had the three children who became successful as Ifa Priests.
Many people were requesting for their services because of their excellence in spirituality. They were rewarded with a befitting house and they brought their mother to live with them. Their mother was one of the wives of king of Ewilado.

They were invited for spiritual work abroad and they spent so many years leaving their mother for a very long time. The mother had become senior citizen(very old). One day they checked themselves through Ifa divination with the above Odu and Ifa instructed them to return home immediately after offering “obuko to lami”(a male goat with marks).

They did as instructed and the first thing they did was paying homage to the new King of Ewilado. They were in the palace when they brought a woman being accused to be a witch. Her offence was that she refused to die while her juniors in age have passed on. The king demanded for a concrete evidence. They responded that the woman had one human head in her pot of soup in her room. The king instructed the Palace messengers to bring the pot without opening it.

After they brought the pot, the king ordered the pot to be opened in the eyes of everyone. Surprisingly, it was a head of a goat they found.
The accusers were dumbfounded and they confessed that they had put a human head they stole from the cemetery in her pot after they had failed to kill her with black juju just to implicate her. If the human head had turned to a goat head, then she must really be a witch.

It was then the 3 ifa priests looked closely and found out that the woman was their mother and head of the goat found in the pot was the marked goat they had offered to Esu. The king asked for the opinion of the 3 Babalawo. They suggested that the evil doers should be punished. Will you blame them?

The king ordered the execution of the wicked and immediately compensated the old woman with treasures and a befitting title, “Yeye Oba”( Mother of the king). The 3 Babalawo reunited with their mother and promised never to leave their mother again.

What have you learned from this story?

Let me read your opinions.