Don't Miss
Home / News From Nigeria / Breaking News / Ooni Of Ife is not the Igbakeji of Oyinbo Jesus, See Why (Access to Information is Powerful) 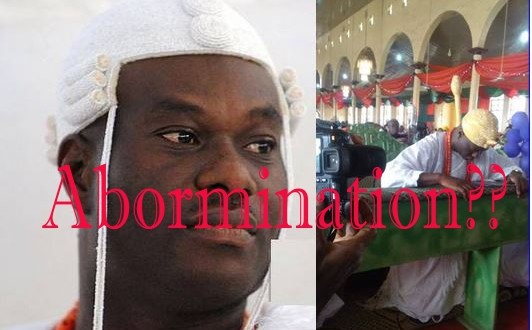 Ooni Of Ife is not the Igbakeji of Oyinbo Jesus, See Why (Access to Information is Powerful)

In Ancient Egypt, Ausar (i.e. Osiris) was the mythological father. The SUN, personified by Heru (I.e. Horus), was Ausar’s visible manifestation on earth, and the pharaoh was Ausar’s vicar on earth.

In Ptolemaic Egypt, Serapis (i.e. Osiris + Apis bull) was the mythological father, and the Ptolemaic pharaoh was his vicar on earth.

In the Roman system, Jesus (i.e. an adaption of Serapis) was the mythological father. He was also his own visible manifestation on earth as the SUN, personified as the SON, and the Pope is his vicar on earth.

The Anglican system is the same as the Roman system except that the Queen is the vicar of Christ on earth.

In conclusion, the doctrine of divine right of kings is relative to one’s environment and culture. The Ooni of Ife is the Adimula Igbakeji Orisa n’la. The Ooni is not the Igbakeji of Oyinbo Jesus, for Oyinbo Jesus and Olodumare are not synonymous at all.

It’s Oba Ogunwusi’s prerogative to praise and worship whoever he wants but not in his capacity as the Ooni of Ife, the Arole Oduduwa.

We call upon all the Yoruba kingmakers to desist from enthroning intellectual infants as Obas.

Tagged with: Igbakeji Ooni of Ife

Previous: What Is The Position of Ooni among Okanbi’s children? Is Ooni a King?
Next: #PlsTellOoni: The God of the Yorubas – (Olodumare) is not the same God, the Jews & Christians call their god, Christopher Omodunmi. 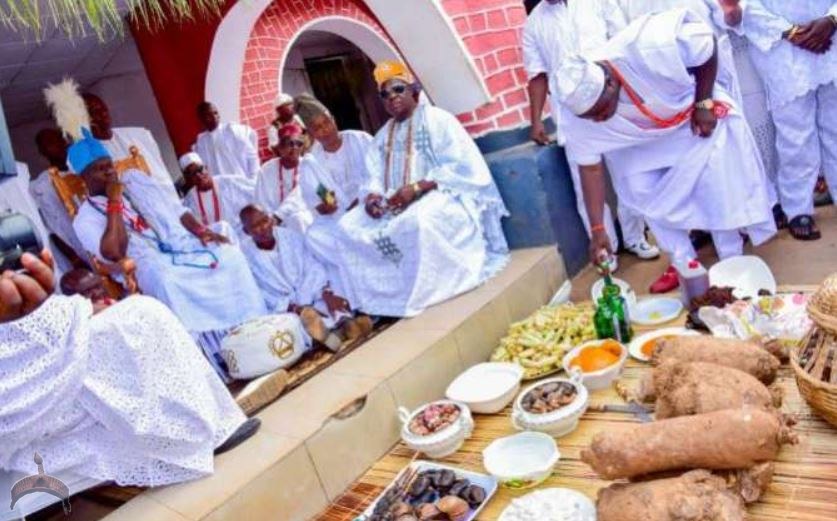 The Ooni of Ife Oba Adeyeye Ogunwusi has named his newborn son after the 49th Ooni Oba Adesoji Tadenikawo Aderemi as promised The highly-respected monarch tweeted on Wednesday to inform the public of the prince’s name. He wrote: “In accordance with the traditional rites lasting for 21 days with today marking the 8th day, and in keeping to my promise of naming our first prince after my predecessor the 49th Ooni of Ife in the 3rd dynasty of Ife. “Our ...