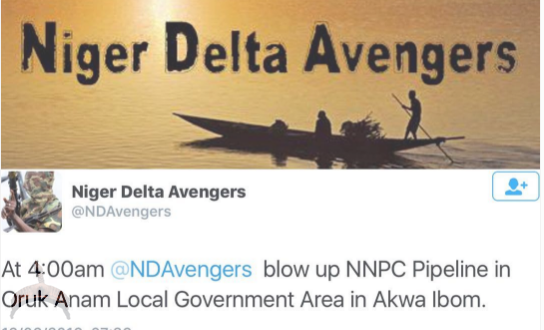 A militant group, the Niger Delta Avengers (NDA), has claimed responsibility for the blowing up of Chevron’s Escravos Export Pipeline at Escravos Offshore. A statement by the group, signed by Major General Mudoch Agbinigbo, said the pipeline attack took place at about 3:45 am on Tuesday and was carried out by its Strike Team 06.

The group similarly announced that the attack was executed as a further warning to international oil companies that there should be no repairs to damaged pipelines pending negotiations and dialogue with the people of the Niger Delta.

“Any attempt to use dialogue to distract us so as to allow the free flow of our oil will halt the dialogue process,” the group threatened. 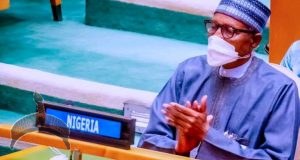 OMG!! Images display the heartbreaking state of villages & creeks in the Niger Delta

These photographs demonstrate the disgraceful condition of a few towns and creeks in the Niger Delta where there’s oil exploration. A percentage of the spots are a wreck because of the exploration. More photographs bellow.