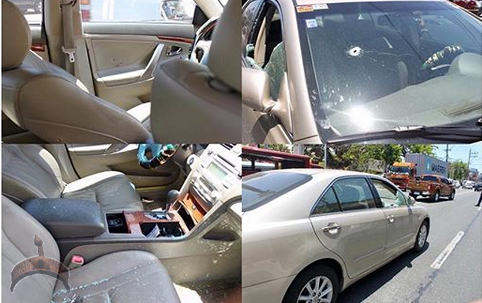 Posted by: Lolade in Local News Comments Off on Nigerian Man Shot Dead In Broad Daylight In Philippines

A Nigerian man identified as Didicus Ohaeri aka Udelo was killed during an ambush perpetrated by unidentified motorcycle-riding gunmen shortly before noon, yesterday, in Las Piñas City..

Ohaeri died immediately from bullet wounds. Las Piñas police chief Senior Supt. Marlon Balonglong said the victim was onboard a Toyota Camri (NAQ-919) when he was peppered with bullets by riding-in-tandem criminals at around 11:40 a.m..

Initial information gathered by police revealed that the victim was from bail after previously being faced with violation of the Comprehensive Dangerous Drugs Act of 2002, on Nov. 5, 2016. Investigators are considering the possibility that the killing was drug-related.