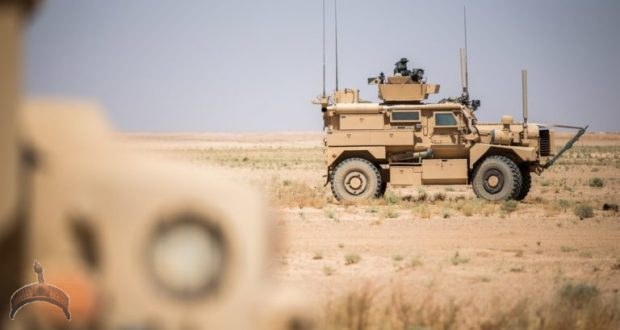 On November 8, four U.S. service members were killed in northwestern Syria, in line with the Syrian Arab News Agency (SANA).

The state-run agency said the service members were killed when their vehicle was hit having an improvised explosive device (IED) near the town of Markadah.

“Four soldiers of the American occupation were killed having an IED that targeted their vehicle in the countryside of the town of Markadah on the al-Hasakah-Deir Ezzor highway,” the SANA’s reporter said, citing local sources.

The U.S.-led coalition and its proxy in northeastern Syria, the Syrian Democratic Forces, haven’t commented on the SANA’s claims, thus far.

On April 24 and July 3, the SANA released similar reports, claiming that U.S. service members were killed in attacks in northeastern Syria. Both reports were denied by the U.S.-led coalition, which said these were “false” and “fake news.”

The U.S. maintains around 500 personnel in northeastern Syria, supposedly to counter ISIS and to “guard” oil fields in the region. The U.S. military presence in the united kingdom wasn’t approved by the state government in Damascus, nor by the United Nations.

Previous: Did President Donald Trump Just Launch the Largest Sting Operations in US History Against the Corrupt Swamp of the Democratic Party?
Next: Sanwo-Olu Seeks Law Cancelling Pension For Ex-Governors & Deputies In Lagos