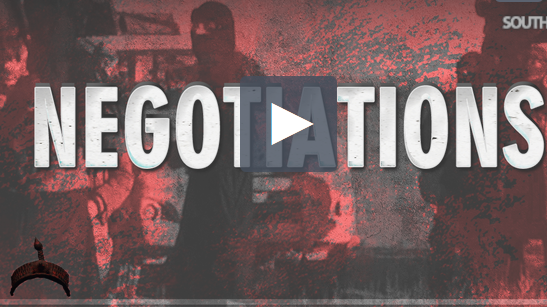 The US-led coalition and the Kurdish-dominated Syrian Democratic Forces (SDF) are negotiating a deal with ISIS terrorists in the city of Raqqah, according to multiple local and opposition sources. According to reports, ISIS units would be allowed to withdraw to Deir Ezzor province where they help their counterparts fighting Syrian government forces.

However, the sides allegedly have some differences over the number of vehicles and arms that ISIS members could take from Raqqah city. By Wednesday, the deal has not been finalized yet.

Meanwhile, a spokesman for the US-led coalition released a statement saying that the SDF-linked Raqqah Civil Council and some “Arab tribal elders” work to protect and evacuate civilians from the ISIS-held area. It is not clear how this could be done in a big way without a contact with ISIS.

Some pro-government experts speculated that the evacuation of civilians will be a cover operation for the withdrawal of ISIS members.

On Tuesday, the Russian Defense Ministry accused the US-led coalition of imitating efforts against ISIS in western Iraq. According to the ministry, a low number of the coalition’s airstrikes allow ISIS members to cross the border and join the battle against the Syrian Arab Army (SAA) near the city of al-Mayadin in the province of Deir Ezzor.

Clashes for the city are ongoing.

The SAA and its allies have liberated an area of 8,000km2 and taken control over the entire Jordanian border with Rif Dimashq province, according to pro-government sources. Government forces reportedly cleared the entire area from terrorists.

If it is true, this will allow the army and its allies to free a significant force that can be used against ISIS across Syria. The ISIS-held city of Mayadin and the T-2 Pumping Station are obvious targets for this.

Previous: Lobatan! The House of Saud bows to the House of Putin
Next: Is Communism really dead?