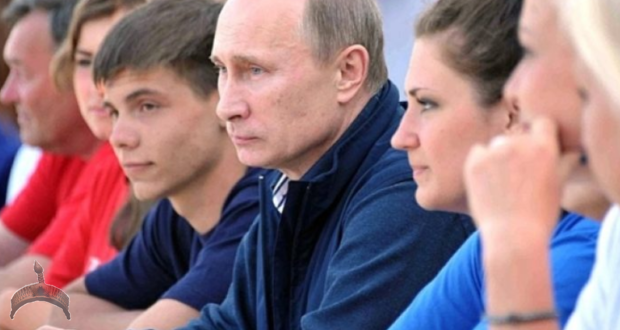 Posted by: BalogunAdesina in World News Comments Off on “This terrible Russian youth”

Leading American, British, and Australian publications, such as the Wall Street Journal, the Australian, and the Daily Telegraph, almost simultaneously published materials with the same message: “A new generation of Russia chooses Putin, not iPhones. This generation is terrible, there is no hope for it.”

Similar titles for the articles of three different publications tell us that initially they were given the same task to write articles about how “teenagers will sweep Putin away.” But in the process of studying a new generation of Russian voters, something went wrong.

“Putinagers,” with an exception of some pro-Western outcasts, turned out to be not to the foreign researchers’ liking. There is a suspicion that there is a certain connection between the process of acquaintance of our Western “partners” with young Russians and how their approach to anti-Russian information policy has changed.

Previously, in the vast majority of cases, our opponents tried to stick to the classical principle of American propaganda of the Cold War era, which stated that it was always necessary to divide and put the people against their leadership, emphasizing the oppression and powerlessness of people who crave liberation from the tyrannical and cruel Soviet and then Russian leaders. However, now there is a kind of rollback to earlier primitive forms of propaganda, so Russians are often being demonized already “wholesale,” without much division on those who lead and those who vote.

Apparently, earlier on they tried to incite the younger generation, which grew up on the dubious information diet consisting of social media, Hollywood movies, and infectious YouTube videos, against the government, which would bring on a repeat destruction of the Russian statehood.

These hopes were actively fueled by the “expert community” consisting of so-called political emigrants, from Masha Gessen to Chichvarkin, as well as by many anti-government activists within Russia itself. Their hope that this new generation would follow the Maidan path and would want to “trade their homeland for an opportunity to feel like Europeans” to some extent was justified. In many countries, from Egypt to Ukraine, it was young people who drove destructive political processes that were actively fueled from outside.

But in the case of Russia, the West sustained not only catastrophic, but also a very visual breakdown of its scheme.

The Wall Street Journal reports that according to the polls of the Levada center, Vladimir Putin’s approval rating is the highest among an age group of 18 to 24 years and is 86%, which simply tears into flaps American ideas about what young Russians, who grew up in the era of the Internet should be like.

American journalists conducted a series of interviews with these youngest Russians and noted that they appreciate the opportunities that they have and that their parents did not have, as well as them being very skeptical about revolutions, preferring evolutionary changes for the better.

“Putin’s popularity is undeniable, especially among young people,” states The Australian, a flagman of Australian press. “In Russian “a generation Putin” is more active than their parents and more pro Kremlin than their parents,” regrets the Daily Telegraph in Britain.

Gradually, our Western partners begin to realize that Putin is not a historical aberration, but a historical regularity. And all that they do not like in Putin, in fact, refers not only and not so much to him as a politician and statesman, but to the Russians as a whole. For a long time, Western experts perceived the Russian leader as the embodiment of the resentment of a generation that couldn’t forget the trauma of the collapse of the USSR. But it is now clear that Putin is the voice of values and ideals shared by Russians of all ages. Many in the West hoped that the revival and activation of Russia on the international scene is a temporary phenomenon that they could just endure and wait it out. Now it turns out that to wait for a new opportunity to get Russia in exchange for “jeans” is no longer sensible. This brings out their outright rage.

A traditional passion of Western politicians and media for demonizing Putin is gradually complemented by a willingness, or even an active desire, to stigmatize all Russians as a whole. Of recent examples we can recall the statement of Alexander Pechtold, the leader of “Democrats 66” one of the ruling parties of the Netherlands  who had found an original way to justify a lie that discredited the Minister Halbe Zijlstra. The latter, as we remember, admitted that for many years he had lied about meeting with Vladimir Putin and that he personally heard about the plans of the Russian President for the Baltic States. Speech in support of his fellow liar Pechtold ended with the phrase: “I have never met a Russian who would correct his mistakes.” The Dutch politician would hardly have an audacity or the courage to make a similar statement about any other ethnic group. This sad trend is already too visible to be ignored.

It may seem that switching the propaganda machine to the total denigration of all Russians is a purely irrational move. But it’s only at first glance. Such strategy has its advantages. At a minimum, it is much more convenient and efficient to frighten Western people with “Russians as a whole” and “thousand-year Imperial ambitions of Russia” than to concentrate exclusively on Putin.

Our opponents think that have a chance to put pressure on the unique pressure point of our civilization, the desire to “be good.” The USSR fell not only because of the betrayal of the elites, or a desire to trade our country for 300 varieties of sausage, not only due to the economic difficulties, but also because a certain part of society believed that we collectively should “become good” in the eyes of the so-called “civilized world”.

Perhaps it is for the sake of repeating the sweet success of the Cold War, that West constantly shames us, and especially our young people, and demands repentance for everything — great and small, real and imaginary. For the victory in the Great Patriotic war and for poisoning of Skripal, for Rodchenkov’s doping scheme, and Putin’s behavior, for “Gazprom” and “millennial Russia’s Imperial ambitions,” for all the historical resentment of the Baltic border states and so on. Therefore, we, as a society, are simply obliged to explain to our young citizens that we, the Russians, are all right and we owe nothing to anyone. And that those who wish to instill in us some sort of national guilt, need to be firmly rejected and offered to look in the mirror and to see in there millions of corpses of Libyans and Iraqis, the ashes of Odessa, and deeper, severed hand of servants from the Belgian rubber plantations. It is desirable that our new generations would develop a strong reflex: when the collective West shames them, it fact it is trying to grab their wallet.

Judging by the portrait of our new generation, drawn by the Western media, Russia’s future is in safe hands, in the hands of active, patriotic, rational and very inventive young Russians.

Unfortunately, our geopolitical opponents are not ready to leave future Russia in peace. This means that today’s young people will have to come up with methods and technologies necessary to protect themselves, their loved ones, their cities and villages, and their country. They will have to conduct acts of industrious, scientific and military heroism. They will have to win in a tough global economic, scientific and military competition. They will have to invent new weapons, new ideologies and new financial instruments. The younger generation of Russians will have a complicated but incredibly interesting collective biography. We can place our trust in our young people. They can handle it.

Director of Research and Development

author of The enemy of the State

In case you have forgotten what happened in Ukraine, this book should refresh your memory with the incredibly precise and humorous chronicles: ANTHOLOGY OF RUSSIAN HUMOR: FROM MAIDAN TO TRUMP 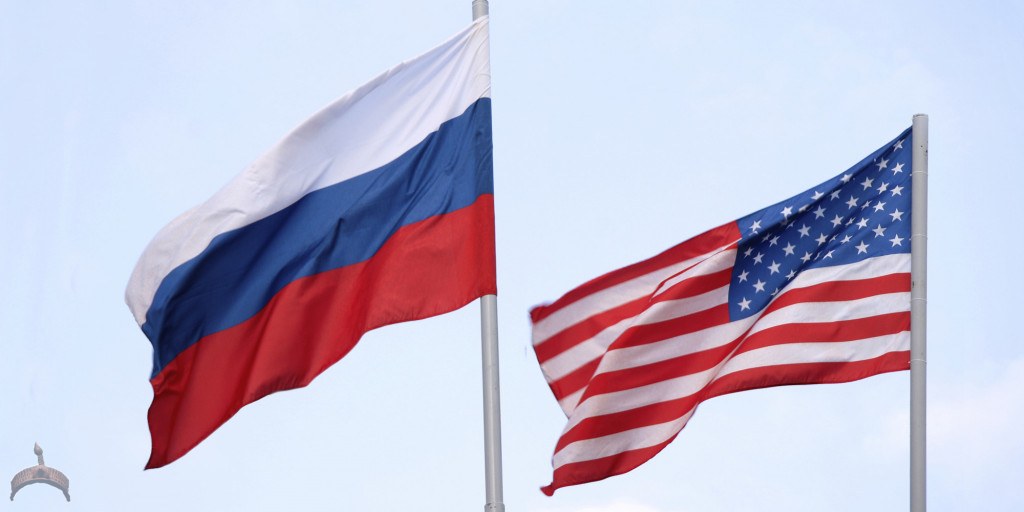 During a telephone conversation with Vladimir Putin, US President Joe Biden invited his Russian counterpart to meet in the coming months in a “third country” to discuss the full range of issues in relations between the two states. “They discussed a number of regional and global issues, including the intent of the United States and Russia to pursue a strategic stability dialogue on a range of arms control and emerging security issues, building on the extension of the New START ...