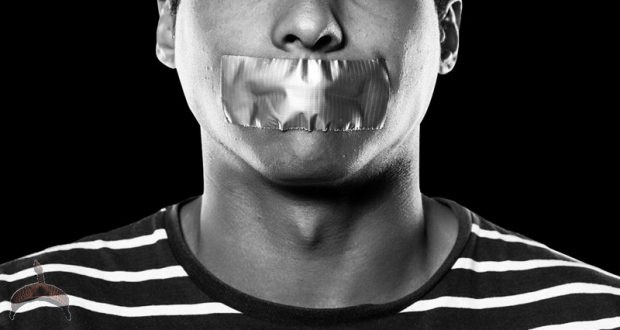 Posted by: AbubakarMuhd in Politics Comments Off on Hate Speech Bill: Senate Will Not Pass Any Anti-People Laws – Ahmed Lawan

Lawan made the disclosure in response to a detailed written protest letter against the hate speech bill and anti-social media bill before the senate by the Human Rights Writers Association of Nigeria, HURIWA.
He said legislators will listen to the pulse of the Nigerians who have rejected the bills and will do exactly as they demanded.

Lawan had in his letter to HURIWA dated November 20th 2019 which was endorsed by his Chief of Staff; Alhaji Babagana M. Aji but received on December 4th 2019 titled: “RE: WHY NATIONAL ASSEMBLY’S BILLS AGAINST FREE SPEECH ARE UNCONSTITUTIONAL: BY HURIWA,” stated as follows:

“I write to present the compliments of the President of the Senate, His Excellency, Sen. Ahmad Ibrahim Lawan, Ph.D., CON and to acknowledge receipt of your letter on the above subject wherein you asked the National Assembly to suspend ad infinitum the current attempts at introducing obnoxious legislation to curb access to the social media.”

“His Excellency is appreciative of your concern towards upholding our constitution and your members’ continuous use of their talents as writers to promote, protect and project the human rights of all Nigerians. His Excellency assures you that the Senate will not pass any anti-people laws.”

“While thanking you, please accept the assurances of the President of the Senate.”

HURIWA had on November 13th, 2019 written to the senate through the offices of the Senate President titled: “WHY NATIONAL ASSEMBLY’S BILLS AGAINST FREE SPEECH ARE UNCONSTITUTIONAL: BY HURIWA” even as the group had argued that:

“Freedom of expression is one of the fundamental rights provided in the Constitution of the Federal Republic of Nigeria 1999 (as amended). By virtue of the same and other international instruments, it is the freedom to hold opinions, receive ideas and information and impart ideas and information without interference. Social media is used in reference to the means of expression other than the mainstream media.”

“(1) Every person shall be entitled to freedom of expression, including the freedom to hold opinions and to receive and impart ideas and information without interference.

(2) Without prejudice to the generality of subsection 1 of this section, every person shall be entitled to own, establish and operate any medium for the dissemination of information ideas and opinions:
Provided that no person, other than the Government of the Federation or of a State or any other person or body authorized by the President on the fulfillment of conditions laid down by an Act of the National Assembly, shall own, establish or operate a television or wireless broadcasting a station for any purpose whatsoever.”

The Rights group said similar provisions are found in Article 9 of the African Charter on Human and Peoples Rights, Article 19 of the Universal Declaration of Human Rights 1948, Article 19 of the International Covenant on Civil and Political Rights.

Next to thought is an expression. The basis for this right, therefore, cannot be overemphasized in a democratic society. It is one of the essential foundations of a democratic society and the basic condition for its progress and development as held the European Court on Human Rights in Handyside Case.”

Arguing that there are a plethora of decided cases guaranteeing free speech”.

HURIWA told the senate that:“The Supreme Court per Ayoola JSC, in the case of Medical and Dental Practitioners Disciplinary Tribunal v Okonkwo (2001) 85 LRCN 908 declared that the courts are the institution, society has agreed to invest with the responsibility of balancing conflicting interests in a way as to ensure the fullness of liberty without destroying the existence and stability of society itself. Therein lies the wisdom and need for qualification of all rights including this one most essential right.”

“In the case of Gozie Okeke v. The State (2003) 15 NWLR (Pt.842) 25, the Supreme Court held that the word “reasonable” in its ordinary meaning means moderate, tolerable and not excessive. In this regard, there are extant laws in Nigeria that seek to prevent abuse of free speech. Section 24(1) of the Cybercrime (Prohibition, Prevention, etc) Act 2015 makes it a criminal offence to send a message or other matter by means of computer systems or network that is grossly offensive, pornographic or of an indecent, obscene or menacing character or causes any such message or matter to be sent or he knows to be false, for the purpose of causing annoyance, injury, inconvenience, danger, obstruction, insult, injury, criminal intimidation, enmity, hatred, ill will or needless anxiety to another or causes such message to be sent. Also Section 24(2) of the Act criminalizes transmitting or causing the transmission of any communication through a computer system or network to bully, threaten or harass another person where such communication places another person in fear of death, violence or bodily harm or to another person.”

“In the same vein there is the tort of defamation under a victim of abuse of freedom of speech can seek redress besides the criminal offences of defamation and injurious false under the Criminal Code and Penal Code. Section 391 of the Penal Code Law makes is a defamation to speak or represent by mechanical means or by signs or visible representation or publish any imputation concerning another intending to or knowing or having reason to believe that it will hard the reputation of the person. While a false statement of fact under similar circumstances is injurious false under section 393 of the Penal Code Law. There are similar provisions in sections 373, 374 and 375 of the Criminal Code Laws of the Southern States. Besides, there are various provisions in the Nigeria Broadcasting Commission Act dealing with violations which have become known as “hate speech” with varying degrees of sanctions.”

HURIWA argued strongly against limitations to access to social media and also rejected the hate speech bill as follows: “To require more than the existing laws have provided would portray the government in bad light and peach it against the people and any such further regulation will only take Nigeria centuries back in civilization with attendant consequences of gross and flagrant abuse like in the colonial era or the immediate after which had such over-regulation like the laws on sedition by which a lot of persons were frequently charged and convicted for what ordinarily would be fair comment by citizens of democratic society. A lot of these cases are high profile cases with potential to cause political tension, affect the peace and stability of the entire country which the proponents of the social media regulation claim to want to prevent. This would further deepen the already entrenched distrust between the people and the government. This way, the government loses its right and benefit of feedback from the people.”

Previous: Video: Illiteracy in The North has Negative Impact In Other Parts Of The Country – Sen. Rochas Okorocha
Next: Should Publishing Lies Be a Crime?