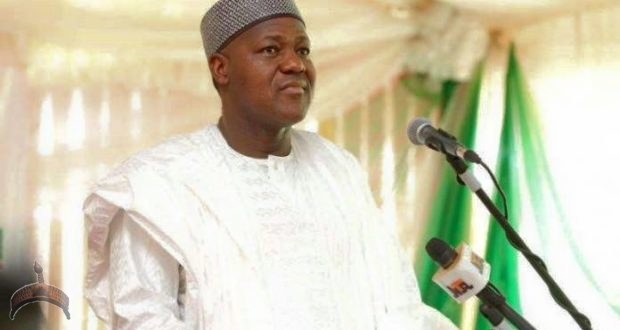 Posted by: Lolade in Politics Comments Off on Nigeria’s Democracy Still Fragile – Dogara

Speaker of the House of Representatives, Yakubu Dogara, yesterday observed that Nigeria’s democracy remains fragile inspite of the country’s come back to civil rule 19 years ago.

The Speaker also warned political office holders too desist from actions that can truncate the nation’s nascent democracy.

Dogara who made these known in Abuja at the 2018 Democracy Day Lecture, however, noted that Nigerians have every reason to celebrate almost 2 decades of civilian rule.

A statement signed by his special adviser on media and public affairs, Mr Turaki Hassan, quoted the Speaker as saying the wonder of democracy gives hope for a much better future to the people.

He however cautioned that democracies world over hardly die in the hands of men and women with guns however in the hands of civilians leaders who’ve dubious allegiance to democratic norms and values.

In line with the Speaker, while elections have sometimes produced enemies of democracy, citizens should be eternally vigilant to be able to protect and defend the country’s hard-earned democracy.

He further stated that only consensus and compromises that drive the wheels of democracy, even while he urged people who hold levers of capacity to resist the temptation of sliding into dictatorship.

His words: “It is a great privilege for me to stand before you on this auspicious day of marking what the freedoms associated with democracy means to us. I want to particularly thank Mr. President for deciding that we invest this day in celebrating those who made the sacrifice to bring us here, and what we have been able to as a nation use this opportunity to achieve.

“I believe he will be marking his third year in Office by tomorrow. As it is said in Hausa: the song is sweeter to listen to from the mouth of the composer. I believe he will be able to tell us as a nation what these three years as system has meant to us. Any generation that has gone to sleep would have awaken to the rude shock that the Courts and other democratic institutions have been weaponized against them, and as much they have become subjects, instead of citizens, where obeisance to the government is demanded as against the government fearing the people.

“That must not be the case with our own democracy, and for us to ensure that our democracy survives, we have to be eternally vigilant”.