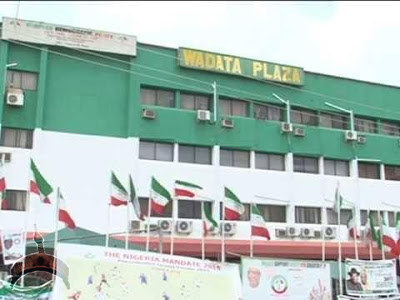 Posted by: Lolade in Politics Comments Off on #PdpCrisis: Police shut down PDP National Secertariat in Abuja

Taking after the internal crisis shaking opposition party, PDP, the police yesterday closed the party’s National Secretariat in Wadata Plaza in Abuja. The party is divided into 3 groups and had two parallel National Conventions that held in Abuja and Port Harcourt during the weekend.

The Abuja convention which was led by Professor Jerry Gana produced Senator Ibrahim Mantu as its acting Chairman while the Port Harcourt convention sorted out by the 12 PDP governors and numerous PDP chieftains, sacked Alimodu Sherriff as its Chairman and designated previous Kaduna state representative, Ahmed Makarfi as acting Chairman of its Caretaker council. In the interim Alimodu Sheriff insist he is still the Chairman of the party.