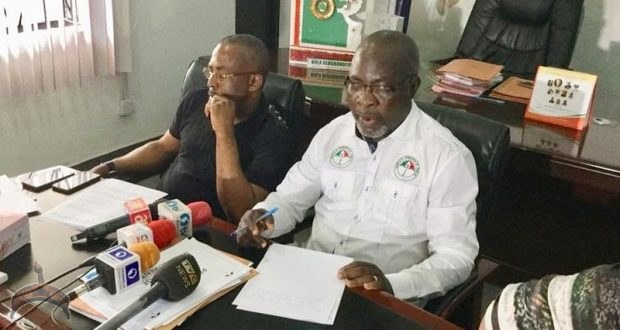 ABUJA – The Peoples Democratic Party, PDP, has called on the President Muhammadu Buhari-led government to stop fleecing Nigerians with high fuel price by immediately reducing the pump price to N70 per litre to reflect the appropriate pricing template following the fall in the price of crude oil in the international market.

The PDP made this demand in a statement issued on Tuesday by its spokesman, Kola Ologbondiyan.

The party also rejected the N121 per litre price announced by the federal government on Monday describing it as highly provocative and a further display “of the insensitivity of the All Progressives Congress, APC, to the plight of Nigerians, particularly as they battle the social and economic impact of the COVID-19 pandemic.”

The statement read in part: “The party insists that a N121 per litre price amounts to fleecing Nigerians of over N50 per liter of fuel. This is in continuation of the N55 per litre overcharge, which Nigerians had borne under the inappropriate N125 per litre, which prevailed for months, before it was brought down to N123.5 per litre, in spite of the crash in international price of crude oil.

“The PDP rejects the unnecessary price pinching and demands that the federal government, should without further delay, implement the appropriate price as well as declare and account for the billions of naira accruable as overcharge since the crash in crude oil price.

“The failure to reduce the pump price as well as the non-declaration of the overcharge is completely unacceptable to Nigerians, as it only points to questions of corruption in the system.

“The PDP insists that the APC and its government have no justifiable reason to retain the pump price of fuel at over N70 per litre.”

It also challenged the APC administration to disprove Nigerians by immediately publishing the prevailing landing cost, depot cost, trucking cost as well as the retail outlet administrative cost and show why the pump price should be above N70 per litre.

The party further urged the National Assembly to protect the interest of the people by using their legislative instruments to prevail on the federal government to implement the appropriate fuel pricing and account for the overcharges.