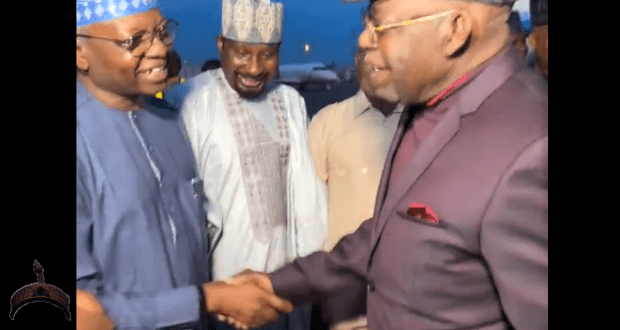 Posted by: Lolade in Politics Comments Off on Tinubu returns to Nigeria

The presidential candidate of the All Progressives Congress (APC), Bola Tinubu, has returned to Nigeria over a week after he travelled to the UK.

Asiwaju Bola Tinubu’s plane arrived at the Abuja international airport at about 6:00 p.m.

There have been rumours that the candidate was holed up sick in London and would not return soon to commence campaigns for next year’s election. His campaign has, however, denied the reports, saying he was in London to get some rest before the campaigns start.

The Director-General of the APC campaign council, Simon Lalong, and a former National Chairman of the APC, Adams Oshiomhole, are some of the politicians that received him at the airport.

The APC has had to postpone the flag-off of its campaign due to Asiwaju Tinubu’s absence.

Asiwaju Bola Ahmed Tinubu returns to Nigeria after a consultative visit to the United Kingdom. He is received by VP Candidate Senator @KashimSM, DG of the Presidential Campaign Council, Governor Lalong, Former Governor Adams Oshiomole among other political associates pic.twitter.com/Kz1fROBdN9 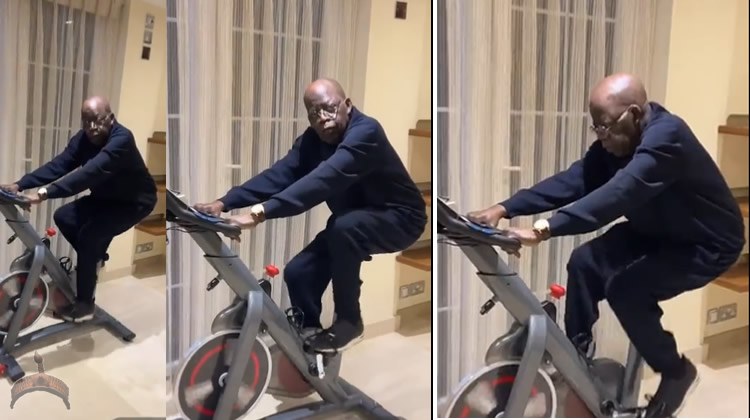