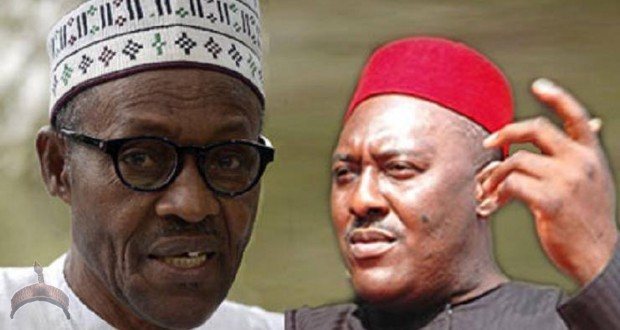 : We Have Become Victims Of Buhari’s government – PDP cries out

Posted by: Lolade in Breaking News, Politics Comments Off on : We Have Become Victims Of Buhari’s government – PDP cries out

The national leadership of the Peoples Democratic Party (PDP) has blamed the government for exploitation, charging that the election petition tribunals are working for the All Progressives Congress (APC). Tending to correspondents toward the end of the crisis meeting of the party’s national gathering, Olisa Metuh, representative of the PDP, said basic issues concerning the nation’s majority rules system were examined at the meeting.

Metuh had before said that the opposition party will do all within its powers to oppose the charged plot to assume control over the states that it won in the last race.
“The national caucus of the Peoples Democratic Party (PDP) carefully reviewed the political developments in the nation’s polity,” he told reporters late Thursday.

“There is serious cause for concern in the nation’s political environment, especially as it concerns democracy.

“The PDP and Nigerians wonder why it was necessary to interfere with the composition of the Rivers state governorship tribunal and to harass the state resident electoral commissioner severally, to the extent that the tribunal itself was able to deliver a judgment within 24 hours in a case that had nearly 100 witnesses, 1000 pieces of documentary evidence and nine final written agreement, which each had not less than 40 pages.

“The outcome of the decision in view of the rather interesting history of the case indicates that the judiciary like the Nigerian people and the PDP have become victims of the APC-led federal government.

Metuh commended the PDP senators who staged a walk out in protest of the ministerial confirmation of Rotimi Amaechi, former Rivers state governor, despite the allegations of corruption against him.

He added that the government had lost the moral right to fight corruption.

“We salute the courage and unity of purpose of our senators, especially as demonstrated in the senate chambers in their collective stand against impunity and corruption in line with the wishes and aspiration of the Nigerian people,” he said.

“What the APC senators did has put a nail on their party’s pretentious war against corruption.”