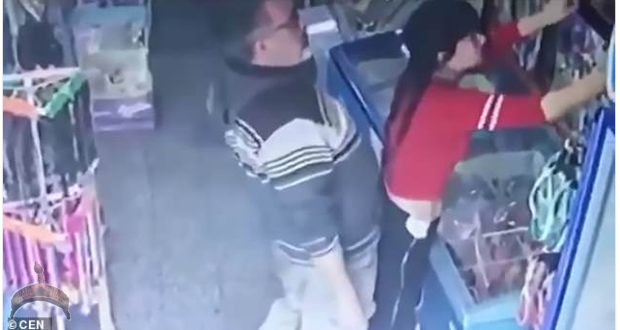 Customer receives a dirty slap for doing this ! Photos/Video

Posted by: Lolade in Foreign Comments Off on Customer receives a dirty slap for doing this ! Photos/Video

A customer received a slap after thrusting his groin into a shop assistant. Footage shows the 28-year-old woman reaching to get some sweets off a shelf for him in the Argentinian city of Lomas del Mirador.

But he edges closer and pushes up against her. She then spins around and slaps him hard across the face.

Shocking moment a customer thrusts his groin into a shop assistant 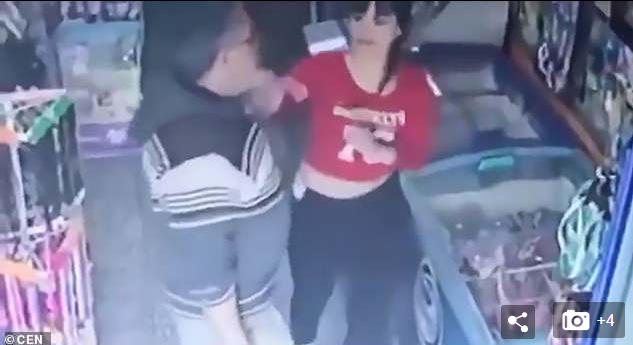 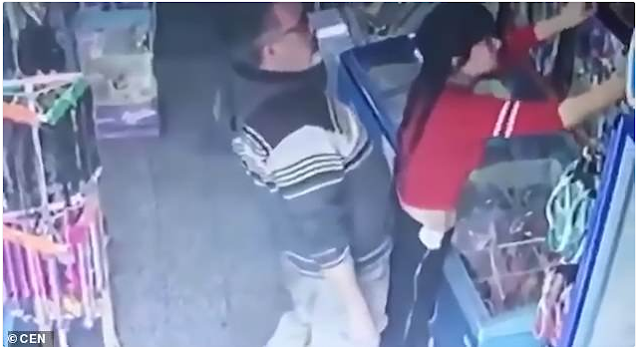 He can be seen walking nonchalantly out of the shop after the incident.

The sales assistant shared CCTV of the encounter online and when Giordano returned to the shop a few days later he was reportedly attacked by locals.

He was then arrested by police who rushed to the scene to halt the beating.

Giordano reportedly claims he ‘only stood by her, nothing else’ and that he did not regret the incident.

‘Everything is recorded. I have to go to take the pension of my mum and they are breaking my balls,’ he reportedly said.