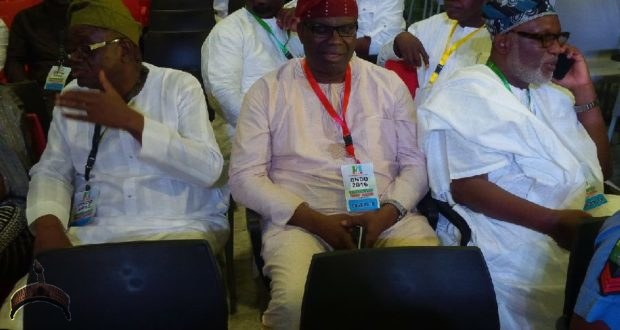 A former President of Nigeria Bar Association, NBA, Rotimi Akeredolu has won the governorship primary of the All Progressives Congress, APC, in Ondo State.

The primary, which held at the International Event Centre, Dome was contested by 20 aspirants after four other aspirants withdrew from the race and backed Mr. Segun Abraham.

Akeredolu defeated Abraham, the favoured candidate of a national leader of the party and former Governor of Lagos State, Bola Tinubu.

He polled a total of 669 votes to defeat Abraham who polled 635 votes.
Akeredolu will be contesting for governor for the second time.

He lost to incumbent Olusegun Mimiko in the 2012 governorship poll.

The development means that two Senior Advocates of Nigeria will go head to head in the November 10 election.

The candidate of the ruling PDP and ex-Attorney General and Commissioner for Justice, Eyitayo Jegede, is also a Senior Advocate of Nigeria.

Previous: VIDEO: “We are now free from Jagaban” – Alasoadura
Next: I like light-skinned guys but I can’t date a poor man – Actress Ogunmola