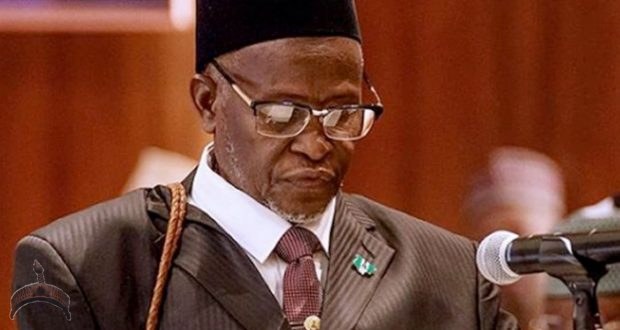 Posted by: AbubakarMuhd in Politics Comments Off on Nigeria’s Chief Justice Earns ₦279,497 Every Month – Lawmaker Opens Up

According to Luke Onofiok, Chairman of the House of Representatives Committee on Judiciary, the Chief Justice of the Federation, Ibrahim Tanko, receives a monthly salary of N279,497.

Onofiok mentioned this on Wednesday, October 6, when proposing a motion on the House floor about the need to raise judicial officer salaries.

Low pay paid to judicial personnel, according to Onofiok, a former Speaker of the Akwa-Ibom House of Assembly, can make them prone to corruption.

The President of the Court of Appeals is paid N206,425 every month, according to him.

He explained that the “poor remuneration of judicial officers is a serious threat to the judiciary.”

Meanwhile, Governor Dave Umahi of Ebonyi State has advised the people clamoring for secession in the Southeast to reconsider their decision since it would cause the zone to lose a massive amount of investments.

Umahi averred that the Southeast had invested so much in every part of Nigeria and so if they suddenly withdraw from Nigeria, they would be the biggest losers.

Umahi made his submission as he spoke on  Channels Television. He advised the agitators to exercise some restraint in fighting for their freedom.

Umahi said: “Meanwhile, every elite in South-East is not desirous of Biafra, we don’t want Biafra; we want to be treated equally like other regions in Nigeria.

“So, this idea of Biafra is madness and we have said, ‘No’, we don’t want Biafra.

“If we go our separate ways, South-East people will lose a lot because we’ve invested a lot in every part of this nation. It is not to our advantage to leave our investment and walk away.”

Previous: My Dad Showed Me Something About Cross That Pissed Me Off – BBN Angel
Next: 2Face Idibia Threatens Brymo With A N1 Billion Defamation Suit 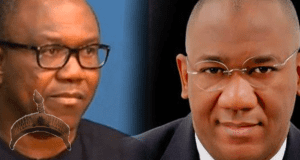