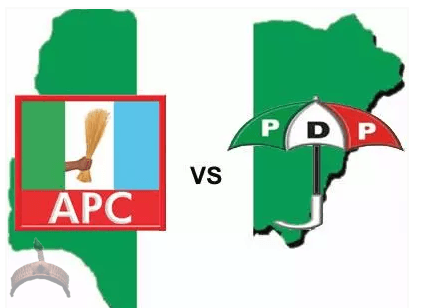 Posted by: AbubakarMuhd in Politics Comments Off on ‘Your Video Evidence Is Empty’ – Buhari, APC, INEC, Others Tell PDP

Today, the Independent National Electoral Commission described the 48-compact disc evidence tendered by the Peoples Democratic Party and its presidential candidate, Atiku Abubakar, as empty and lacking in probative value
According to reports four of the video clips played at the Presidential Election Tribunal court hall included ‘countdown of Osun Decides,’ a production of Channels Television, with Seun Okinbaloye as host. In the production dated February 8, Mike Igini, Resident Electoral Commissioner for Akwa Ibom, had talked about the readiness of the electoral body to transmit the February 23 general elections electronically.

The second video was a clip of the postponement of the general elections by INEC chairman, Prof. Yakubu Mahmood while the third video was a clip of AFEX Nigeria training of INEC ad-hoc staff on electronic result transmission. Similarly, the briefing by the Nigerian Army authority on the status of President Muhammadu Buhari’s alleged certificate saga completed the four materials shown in court. Counsel for the petitioners, Chief Chris Uche, SAN, had led the spokesman for the Atiku Abubakar Campaign Organisation, Segun Showunmi, to tender the materials before the five-man panel of justices.

During his cross-examination by counsel for INEC, Yunus Usman, SAN, Showunmi agreed that the Resident Electoral Commissioner for Akwa Ibom was not a spokesman for the Commission. Usman also made the witness to confirm that the chairman of the electoral body only expressed the hope of the Commission to transmit results of the general elections electronically, but that it was actually done.

Usman was of the view that the video clips front-loaded by the witness had nothing to do with the February 23 general elections. Showunmi attested to Usman’s question by saying that the four clips were events that preceded the election. The other clip was on the President’s certificate controversy, as the Army confirmed that Buhari had West African Examination Certificate with credits in English Language, History, Geography and a pass in English Literature.

Meanwhile, counsel for Buhari, Dr. Alex Izinyon, SAN, had tendered a video clip dated February 6 where chairman of the Commission hinged the possible transmission of the election electronically to the signing of a new Electoral Act. Drama however ensued as the petitioners’ legal team refused to allow their system to be used to play the CD. In the circumstance, Izinyon filed an oral application for adjournment to allow his team bring their system and screen to continue with the cross examination of the witness.

Justice Mohammed Garba went ahead to adjourn the proceedings until July 16 for continuation. Earlier, the petitioners had presented three of their witnesses, totaling about 40 of them out of the 400 that were listed to testify so far. On their parts, Babagana Kukawa, Hon. Abana Pogu, Suleman Mohammed, Local Government Area Collation Agents for PDP had alleged over-voting, vote-buying, and violent disruption of the election in their various states.

When they were crossed examined, the witnesses were unable to back up their allegations with documentary evidence. The counsel to INEC had reminded them that their signature on Forms EC8C (results transmitted to the local government areas) were approval of the exercise at polling units and ward levels across their states. 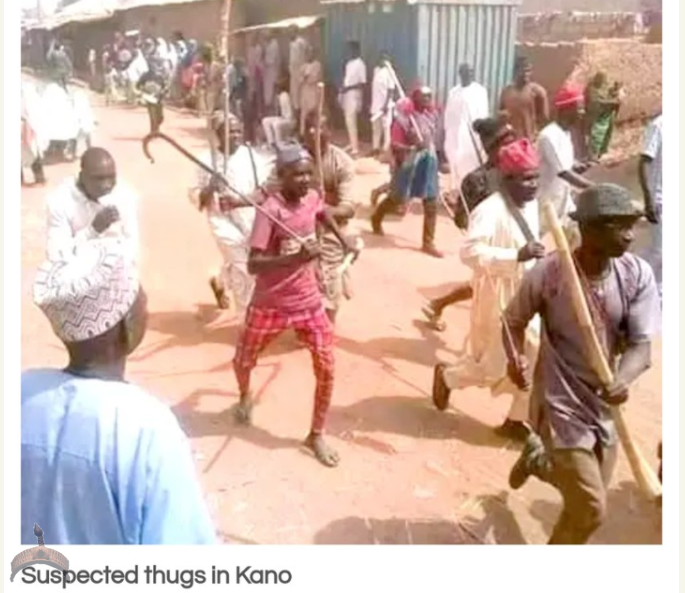 Thugs numbering four have attacked Mr Waziri Enwongulu, the Legal Adviser, All Progressives Congress (APC) of Wakama ward, Nasarawa State. Enwongulu while narrating his ordeal on Saturday in Wakama when officials of APC and stakeholders visited him, said that he don’t know why the unidentified men attacked him and burnt his brother’s house. “It was around 1.10 a.m today that I heard some voices at my door that I should come out or they will set my elder brother’s house ...