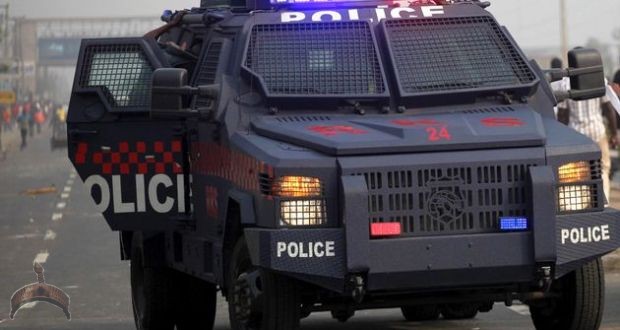 Posted by: Lolade in Local News Comments Off on 19Yr Old Boy Arrested for Running a Fake Tinubu Facebook Account

A nineteen year-old Mechanical Engineering student of Delta State Polytechnic, Ozoro, has being arrested by policemen from the Special Anti-Robbery Squad (SARS), Lagos Command, for floating a fake Facebook page of the All Progressive Congress (APC), national leader, Sen. Bola Ahmed Tinubu to extort money from members of the public.

According to Dailytrust, The suspect, identified as Emmanuel Otu is said to be a specialist in internet fraud. He was alleged to have posed, at different occasions, as a prominent Nigerian on Facebook and other social media platforms to defraud his victims of various amount of money.
Police detectives led by Abba Kyari arrested him from his hostel in Ozoro, Delta State on May 10, 2015.
Lagos State Commissioner of Police, Kayode Aderanti, while addressing news men at the Command Headquarters, Ikeja, on Wednesday stated that the 19 year-old suspected fraudster created a Facebook page in the name of Asiwaju Bola Ahmed Tinubu and has been defrauding unsuspecting but obviously gullible persons.
The Lagos Police boss explained that the undergraduate student, through the Facebook page claimed to be arranging jobs and contracts for his would be victims with some of the oil majors operating in Nigeria.