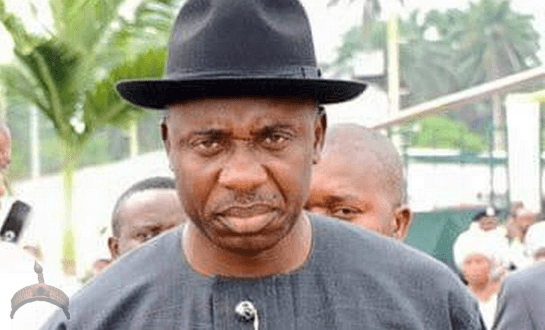 $500b Chinese Loans: Reps Forced Into 30 Minutes Break After Heated Argument With Amaechi

Posted by: AbubakarMuhd in Politics Comments Off on $500b Chinese Loans: Reps Forced Into 30 Minutes Break After Heated Argument With Amaechi

ABUJA – A heated argument on the details of the $500billion Chinese loans to Nigeria has forced the Committee of the House of Representatives to a 30-minutes break.

The Committee on Loans, Treaties and Protocols chaired by Hon. Ossai Nicholas Ossai had started on friendly note featuring the interrogation of the Director-General, Debt Management Office, Mrs. Patience Oniha on detail of the loans.

It then progressed to the Minister of Finance, Zainab Ahmed who was represented by Permanent Secretary, Special Duties, Aliyu Ahmed.

Questions put to him by the Chair of the committee on the local content components of the loan agreements were returned in monosyllabic answers without details.

However, Amaechi said that the activities of the lawmakers will hinder the acquisition of the loans to finance the south-south rail projects.

He also stated that the only loan secured by the present government was the NI.6 billion Lagos -Ibadan rail.

“We may not get that loan. We will lose that contract from Lagos to Calabar, because of the committee you have set up”, he said.

When Ossai said he was not talking about South-South rail but Nigeria at large, Ameachi retorted “You have approached me on south-south rail. Have you not? You have. Until you get the loan, there will be no contract. And there will be no loan.”

The tone of the conversation prompted a member of the Committee, Hon. Wole Oke to call the attention of the Chair for “guidance”, but the call was not heeded.

With the House getting more heated up, the Speaker Femi Gbajabiamila stormed into the Committee hearing and demanded for 10 to 15 minutes break.

“Can we, please have a 10 to 15-minute break?” Gbajabiamila pleaded and stormed out almost immediately.

In which succession, the Chairman of the Committee formally announced a 30 minutes break.

Vanguard can authoritatively report that even before the hearing started, Gbajabiamila had privately met with the Chairman in his office.

However, it was not clear what both men discussed.

The hearing is expected to continue later.

Ladoja Impeached For Being Ungrateful To Adedibu, Says Obasanjo 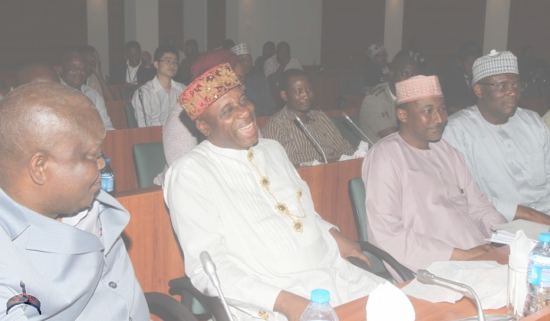 The Minister of Transportation, Chibuike Rotimi Amaechi, was all smiles (actually) at the Ad-hoc panel on Transport and Railway investigation hearing at the national get assembly Abuja earlier today. The minister was available with the acting overseeing executive of the Nigerian Railway Corporation, Fidel Okhiria, the permanent secretary service of Transportation Mr. Sabiu Zakari and others. See more pics when you continue after the break.