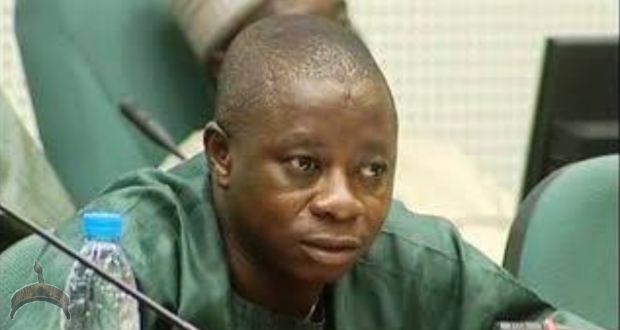 Posted by: chucks in Politics Comments Off on Oshiomhole’s Suspension: Hon. Osagie Accuses Judge Of Succumbing To Pressure From Governors Obaseki And Bagudu

The former Minority Whip of the House of Representatives, Hon. Samson Osagie has accused Governor Godwin Obaseki of Edo State and another Governor of a state in the North-Western geo-political zone of the country, who he refused to name of putting pressure on Justice Danlami Senchi of FCT High Court in Jabi, Abuja to secure the restraining order imposed on Comrade Adams Oshiomhole.

Investigations, however revealed that Justice Senchi is from Kebbi State with Senator Abubakar Atiku Bagudu as governor.

It would be recalled that earlier today, Justice Senchi in a ruling on an application for interlocutory injunction held that Oshiomhole should cease to occupy the position of National Chairman of All Progressive Congress (APC) pending the determination of the substantive suit.

Continuing, he said, “no other reason can be adduced for this miscarriage of Justice other than that he merely succumbed to political pressure from Governor Obaseki and his colleague from one of the North West state where the judge hails from”.

“The order cannot stand any legal furnace by the time the National Chairman exercises the number of options available to him”.

“For Obaseki, it is a pyrrhic victory which will in no way give him the leverage he has been seeking”.

“The order was given without regard to the abundance of facts and legal principles which were available to him to refuse application. It is a procured order and speaks very sourly of how low some of our judges have become. In fact, if I were the National Chairman I will petition the Judge to the National Judicial Commission”.

“This case has earlier been struck out by a Federal high court in Apo Abuja but the Plaintiffs in utter disregard for due process embark on forum shopping by seeking same reliefs in another court. It is the height of an irresponsibility by a set of desperate litigants. Regrettably, they found an ally in a pliant judge”.